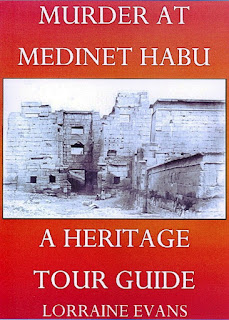 Throughout Egyptian history only a handful of rulers can be considered truly remarkable kings. Of these Ramesses III was the last great Pharaoh to sit upon the throne. Son and heir to Sekhnakhte, Ramesses III was the second Pharaoh of the Twentieth Dynasty. His reign can be dated provisionally to around 1184-1153BC and was one of considerable turmoil, both at home and abroad, culminating in one of ancient Egypt’s darkest episodes, his eventual assassination at the hands of his harem women.

The following Heritage Tour Guide is ideal for first-time visitors and has been written specifically to appeal to the download market, in particular mobile applications whilst on-site. It is a perfect accompaniment to any Egypt guide-book and consists of a series of specially chosen landmarks, with accompanying images, which take the reader on a natural progression around the temple and its environs.

Lorraine - do you include the small Amun temple in your guide?