Delighted to announce that Burying the Dead is now available for pre-order via the Pen and Sword website, Amazon and all good bookstores. Release date is the 30th November 2020. A brief introduction.... 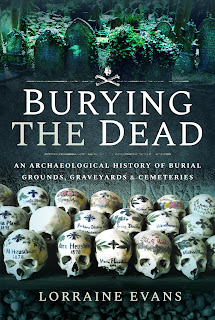 Lots of talks, walks and competitions to come in the upcoming weeks.
Feel free to message me if you would like further information .
Posted by Lorraine Evans at 1:10 pm No comments:

Pleased to announce the upcoming release of my new book Burying the Dead, by Pen and Sword. Fingers crossed it should be out in November of this year (2020). I will be giving a number of related talks, as well as guided walks, more of which shall be posted soon. Please feel free to contact me with regards to interview or speaker requests. 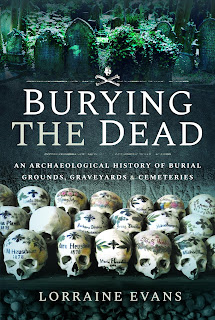 Posted by Lorraine Evans at 11:30 am No comments:

Pleased to announce that myself and prehistorian Floor Huisman are the new Social Media officers for the Journal of Wetland Archaeology. It is a fabulous resource, ranging from Bog Bodies, the Ancient Egyptian delta region to the marshlands of Iraq. Feel free to join our Twitter discussions @JnlWetlandArch. More to follow, but if you would like further information, please feel free to drop me a line. 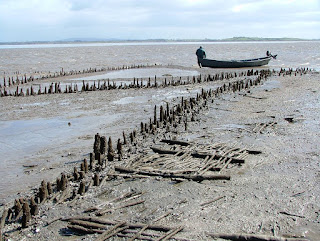 Posted by Lorraine Evans at 9:41 am No comments:

Yes, after many years of enforced absence, which I won't go in to at present, the website and blog are about to become active once more. Please feel free to follow me in my new journey. But before the adventures commence, I would like to wish you all a very Merry Xmas/Happy Holidays!

Posted by Lorraine Evans at 10:19 am No comments:

Apologies for the lack of posts of late. I have been rather busy with projects over the past six months. I am also in the process of re-designing my website at present and hope to integrate this blog into the format. Wish me luck with that one!!! So until then........
Posted by Lorraine Evans at 2:44 pm 1 comment:

Since my last blog post I have been on an 'adventure', so to speak, and one of many more to come I hope.  This particular trip into the unknown featured one of my personal 'bucket list' destinations, the Shetland Islands. I must say it lived up to all my expectations, both rugged and wild, and appeared pretty much untouched by today's modern world. For those of you who are unfamiliar with Shetland, or its location, in short it is a subarctic archipelago of Scotland that lies in the North Sea, just to the west of Bergen, Norway. Regarded as a haven for all kinds of wildlife, it also houses some of the most important archaeological sites in the UK, such as the famous prehistoric/Norse settlement of Jarlshof and the nearby Old Scatness. It would only be fair of me to share with you some of the remarkable 'sites' Shetland has to offer. So to start with I will ease you in gently and give a brief introduction and a few images of the rather well situated Broch of Clickimin just outside Shetlands main town of Lerwick.

On Shetlands southern 'Mainland', located on a small islet in the Loch Of Clickimin, some 15 minutes walk from the centre of Lerwick, lies the well-preserved and easily accessible Clickimin Broch.  Now connected to the southern shore of the loch by a walkway, the site was originally  a Bronze Age farmstead, later developing into a Iron-Age ring-fort and finally becoming a broch in the 1st century AD. The broch was originally up to 12-15m high and came with the usual rooms, enclosures and stairs within its thick, dry stone walls. The site was first uncovered in the 1850s yet professionally excavated between 1953 and 1957 by J.R.C Hamilton, who discovered two fragments of Roman glass in the excavation dating from the early 1st to mid-third centuries AD. 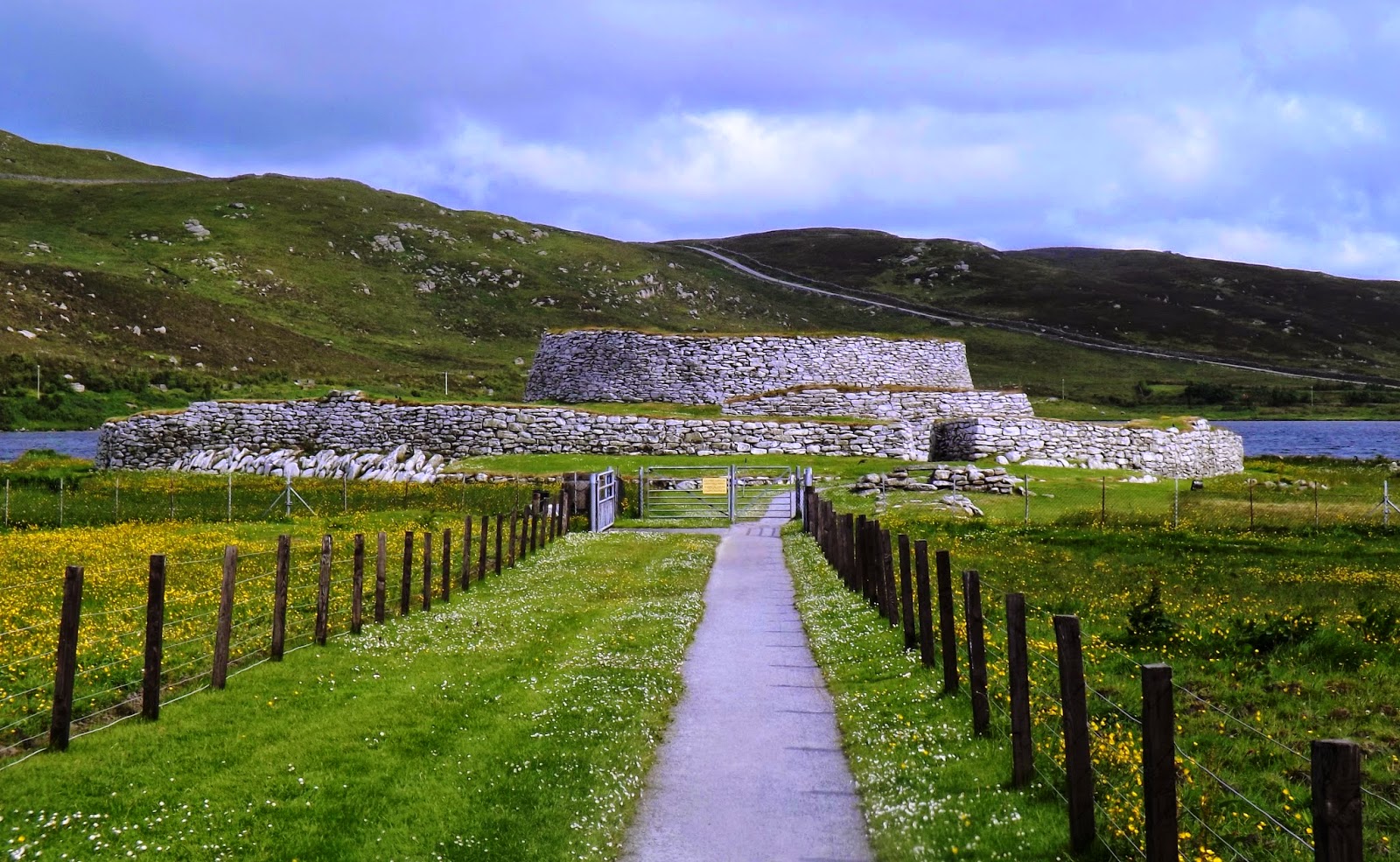 The Approach to Clickimin Broch, Lerwick

The broch itself is situated within a walled enclosure and unusually features a large "blockhouse" between the opening in the enclosure and the broch itself. Another unusual feature is a stone slab featuring sculptured footprints, located in the causeway which approached the site. 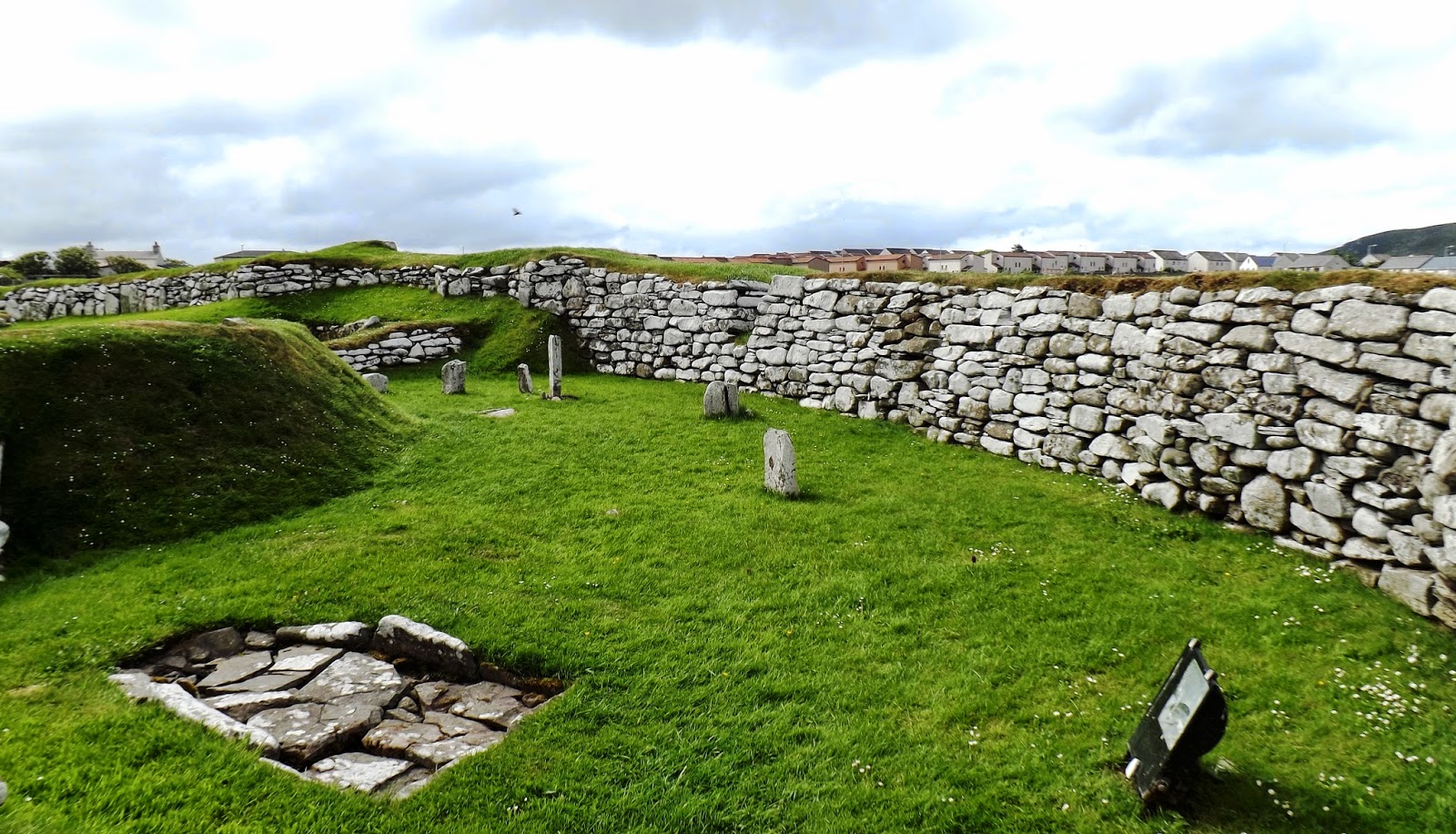 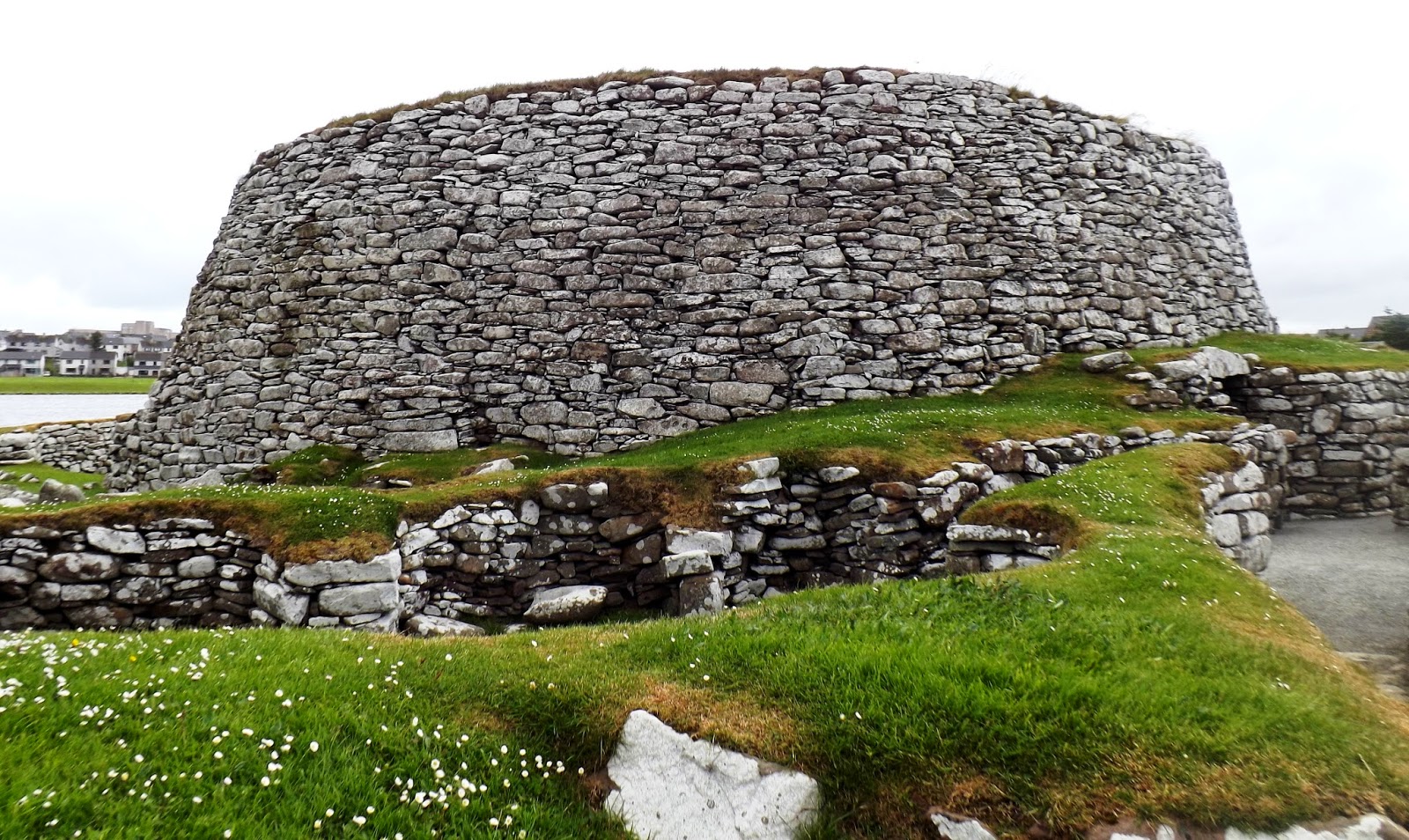 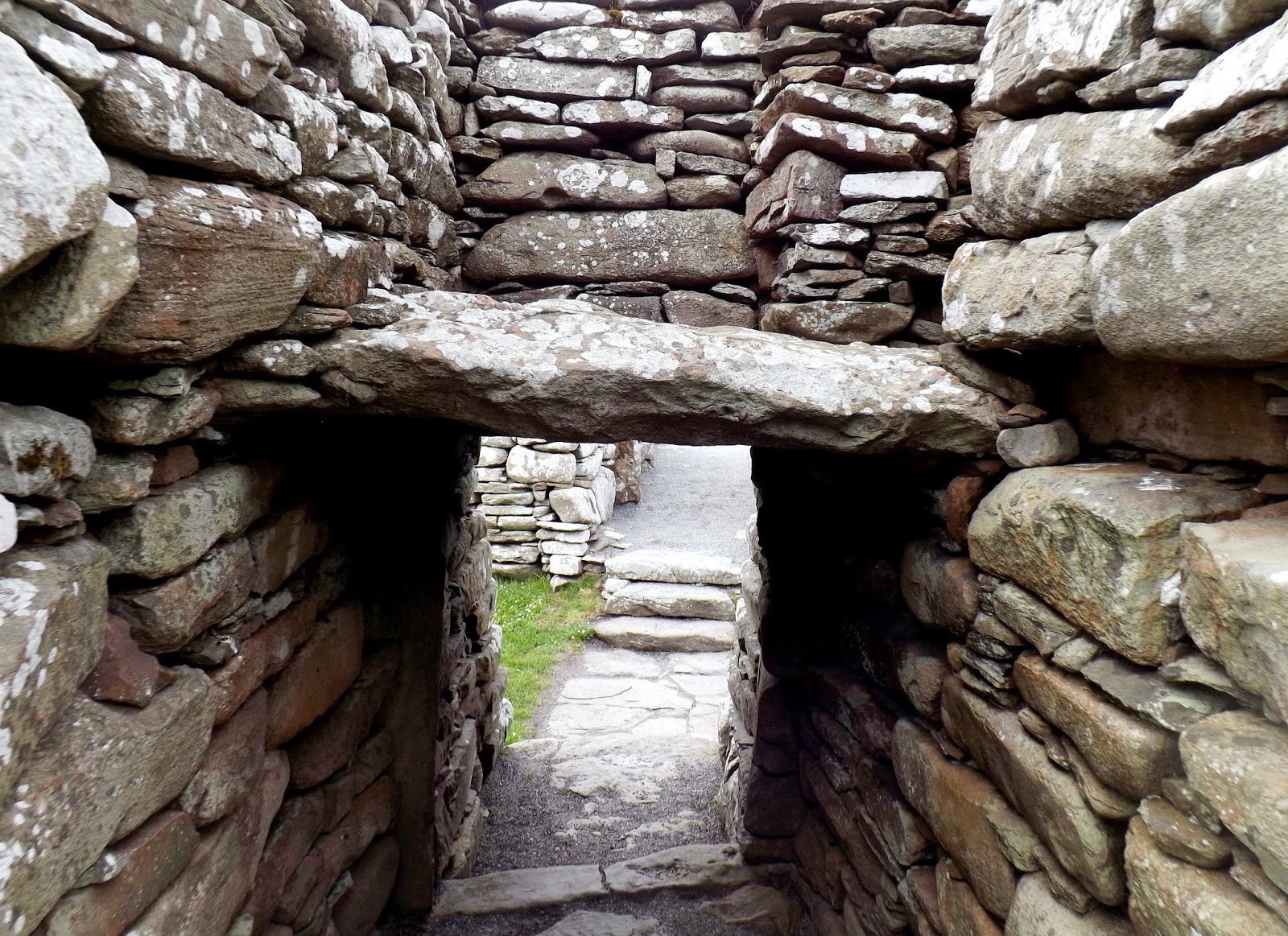 Entrance of Broch Looking Out Towards The 'BlockHouse' 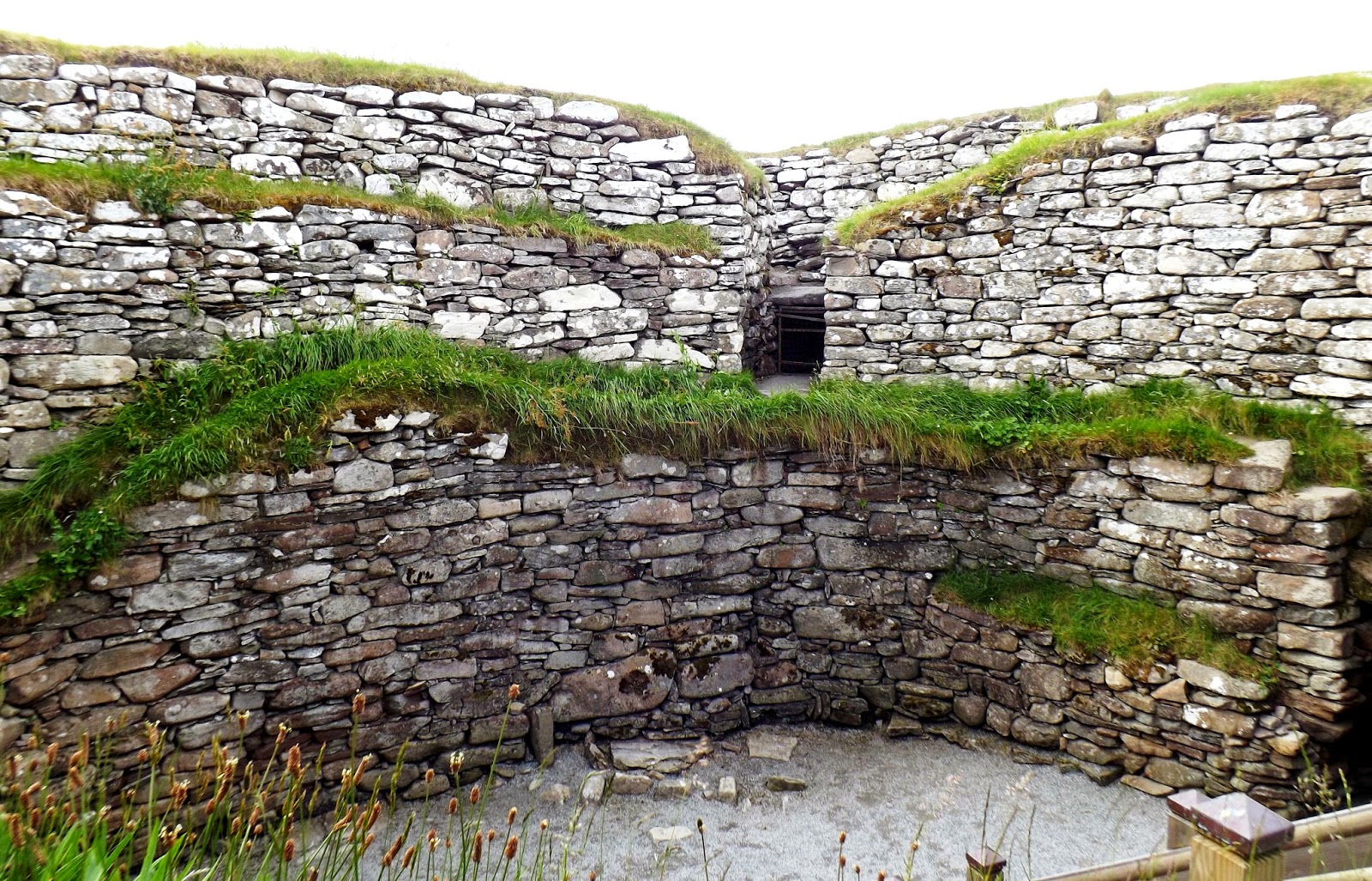 Interior of the Broch

The site is currently in the care of Historic Scotland and access to the site is FREE. There are a couple of interpretation panels, to assist in the identification of specific features, but let us just say their 'interpretation' beggars belief in certain aspects!! Well worth a visit though and I would give it an 8 out of 10.
Posted by Lorraine Evans at 9:18 am 2 comments:

The Art of Stone Carving

I received a lovely email this morning from Irish stone carver Tom Pollard, who is hosting a unique stone masonry weekend this coming 5-7 September in Tipperary, Ireland. Special Guest is internationally acclaimed letter-carver Karin Sprague form Rhode Island, USA. Regrettably I will be unable to attend in person, as I am otherwise engaged, but I would highly recommend said event to those who may be interested. The possibility of a future collaboration has been mentioned. Further details can be found by visiting Tom's website, or please feel free to contact me here.

http://www.caravantasia.com/events
Posted by Lorraine Evans at 1:40 pm No comments: